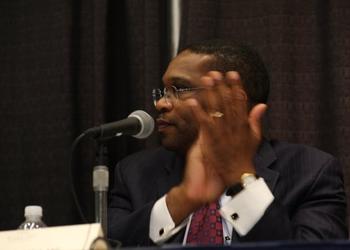 He is the founder of the Black Parents Workshop, Inc., a parents advocacy organization based in South Orange-Maplewood, NJ that championed a landmark federal lawsuit on behalf of students in the local school district. Upon his relocation to Maryland, he has assumed the role of Co-Chairperson of Strong Schools Maryland, a statewide education equity advocacy organization. He is also a consultant to the newly conceived National Center for the Elimination of Educational Disparities in the School of Education and Urban Studies at Morgan State University, designing the center's parent and family engagement initiative.

His background includes work as an award-winning journalist and experience in every medium of journalism – daily press, magazines, radio, television, and Internet news. He was hired by NBC News as an original political contributor on the MSNBC Cable News Channel and for MSNBC.com. Walter Fields has also been a strong advocate for diversity in media and accountability in reporting. He currently serves as the Executive Editor of NorthStarNews.com.

Walter Fields holds a Bachelor of Arts in Political Science from Morgan State University, a Master of Public Administration degree with a specialization in public policy analyses and a professional certificate in not-for-profit management from the Robert F. Wagner Graduate School of Public Service at New York University, where he was a Patricia Roberts Harris Fellow and a Master of Arts degree in Political Science from the City University of New York Graduate Center as an inaugural National Science Foundation Fellow. ​He is a proud member of Iota Phi Theta Fraternity, Inc., one of the 'Divine 9' National Pan-Hellenic Council organizations, serves as the fraternity's National Director of Communications, and is a member of Gamma Omicron Omega Alumni Chapter. Walter is also a Trustee of the historic Pennsylvania Avenue AME Zion Church in Baltimore, Maryland and serves on the Board of its Zion Development Corporation.